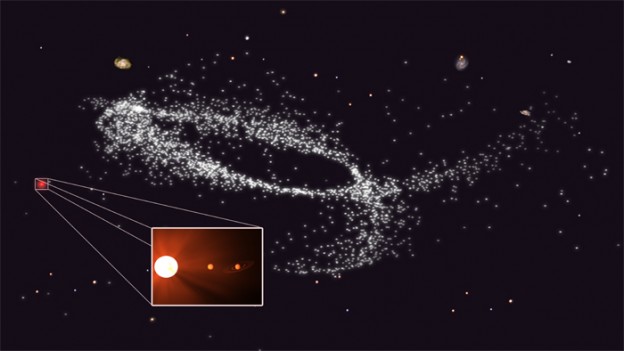 An international team of astronomers has uncovered the most ancient habitable exoplanet found to date. The discovery is all the more interesting because the planet originated outside of our Milky Way galaxy. At around 11.5 billion years old, the super-Earth is more than twice as old as our own planet and shows that habitable worlds were around much earlier in the universe’s history than previously thought. What is more, at 11 light years from Earth, it is a near neighbour.

In a new partnership between Oxford and Cambridge, researchers in physics and philosophy join those at a cluster of US universities including Columbia, Rutgers, Yale, NYU and Stanford, to establish the field of philosophy of cosmology as a new branch of philosophy of physics.

The Universes of Max Tegmark,
MIT >

Pittsburgh archive for philosophy of science >